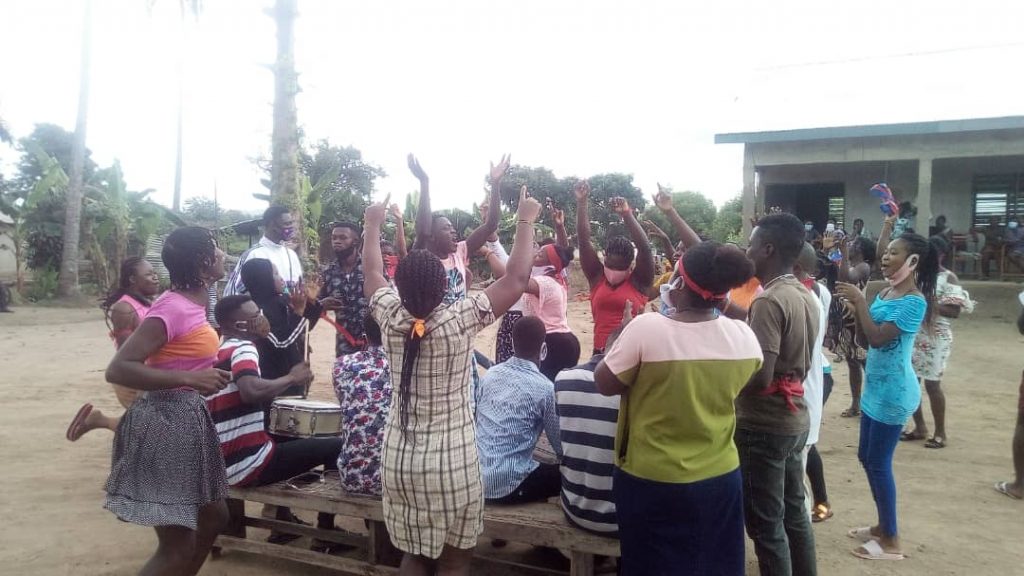 Final year students of Ho School of Hygiene in the Volta Region have demonstrated on their school premises. The peaceful demonstration is to drive home their unpleasant sentiments concerning arrears owed them by the government.

The students, mostly clad in red, said they were disappointed in the government’s actions as they see it as not fair to them. They complained that they do not understand why other trainees were paid leaving them out.

The students made it known to their school management to support them rather than intimidating them and asked them to step aside and not interfere in their planned demonstration. “We want to plead with the management of all three schools of hygiene to support us. This fight is not against them. This fight is against the ministry and wants them to support us as we really need the allowances to get a number of things done” she said. She added that “We are rightful beneficiaries”. She mentioned, also, that they once embarked on such a demonstration but nothing came out of it.

Unfortunately, the Ho School of Hygiene is not the only school going through the hard times. For three years and still counting, students of all three schools of hygiene in the country have not received their allowances as promised by the government. The agitations, this year, started from the Accra School of Hygiene where student leaders of the three schools met. In solidarity with their colleagues in Ho, the SRC Vice President of the Accra School of Hygiene, Mr. Freeheart Owusu Ampomah, was present throughout the demonstration in Ho. On his side, he said what they are going through currently as students of hygiene “is so disheartening and not fair”.

On his part, the administrator of the Ho School of Hygiene, Mr. Agbenyo Samuel Kofi, says the management of the school is not against the demonstration that the students are embarking on but will only advice that they do not refuse to write their exams as their future as environmental health workers depend on their skills and certifications. He, however, vehemently denied any acts of interference by the management as the students earlier said.