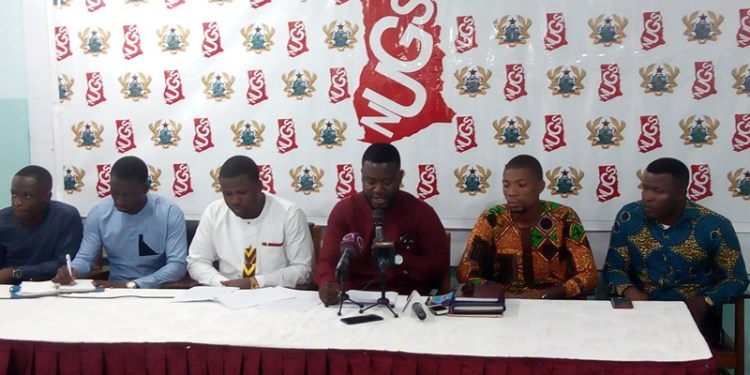 The National Union of Ghana Students (NUGS) is threatening to embark on a demonstration to press home their demand for the disbursement of funds to students benefiting from the Student Loan Trust Fund (SLTF).

NUGS in a press conference on 28th May 2020 gave the government a 5-days ultimatum to release funds for SLTF beneficiaries or hit the streets to demand it.

The 5 – day ultimatum is due to elapse Tuesday, June 2, 2020, and the Union says it has not rescinded its decision.
In a statement signed by President of NUGS, Isaac Jay Hyde noted that failure on the part of government to release the funds will amount to insensitivity towards the plight of students in this pandemic era and the Union will fight for them.

It urged students to support the Union as it readies itself to demonstrate against the government.

READ: There should be no excuse to safeguard students and teachers

“…By this Press release, we are declaring our ALUTA intentions once again. We are calling on all students to show public support to the National Union of Ghana Students (NUGS) and the thousands of destitute brothers and sisters under the beneficiaries, as we ready our fists to march the streets of Accra to occupy the Jubilee House, the seat of government to register our displeasure and seek immediate redress. As a symbol of frustration and neglect of students on this very matter, we shall have our FISTS RAISED ABOVE OUR HEADS AS WE MARCH TO THE JUBILEE HOUSE – #THE SLTF – FIST – MARCH!” parts of the statement read.

Meanwhile the Union says it is following due procedure to ensure that the protest will be violent free and subsequently a directive be issued.