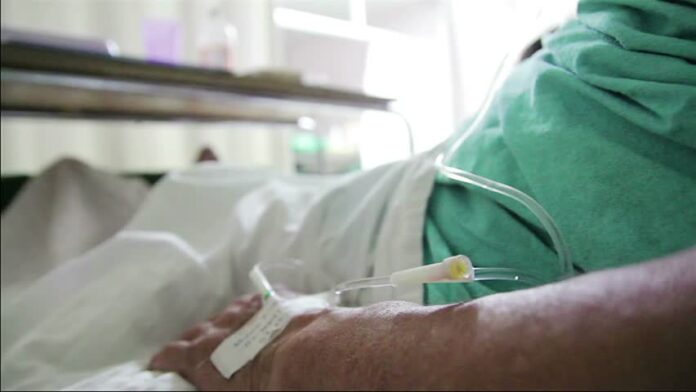 A 21-year-old Student has been remanded by Koforidua Circuit Court ‘B’ for inflicting a deep wound on the face of his rival over a Senior High School (SHS) student.

The victim, Philip Ahiable, a resident of Koforidua Asokore and the accused -Enoch Odonkor, a Level 200 Information Communication Technology student of Koforidua Technical University staying at Nsukwao were fighting over a second-year General Arts student of Ghana Senior High School whom they are both in love with.

On April 21, 2020, at about 8:00 am, the victim Philip Ahiable called the accused person Enock Odonkor on phone to rain insult and warned him to stay away from the girl.

Same day about 2:00 pm, the accused visited the girl at Asokore Kuma, a suburb community of New Juaben North Municipality.

The victim who lives in the same area confronted and strongly warned Odonkor not to visit the girl again. This nearly resulted in a fight between them.

Later in the evening, Enoch Odonkor concealed a small paper cutter in his pocket and visited the girl lover again.

Philip Ahiable who was spying confronted him again which led to a fight, Enoch Odonkor then pulled the paper cutter from his pocket and slashed the face of his rival.

The victim who suffered deep wound was rushed to the Eastern Regional Hospital, Koforidua while bleeding profusely. Though responding to treatment, he is yet to be discharged.

A complaint was lodged at Effiduase Police Station which Police proceeded to arrest the suspect and detained him.

Preliminary investigation by Police has revealed that Enock Donkor was the first to propose to the girl a month ago which she accepted his proposal but later accepted that of the victim Philip Ahiable too.

Enoch Odonkor has been charged for causing harm.

The Prosecutor, Chief Inspector Owusu Ababio prayed the Court Presided over by Her Honour Mercy Addei Kotei to remand the accused to enable Police to take a statement from the victim from his Hospital bed.

The Court granted the request by the prosecution and adjourned the case to May 8, 2020.