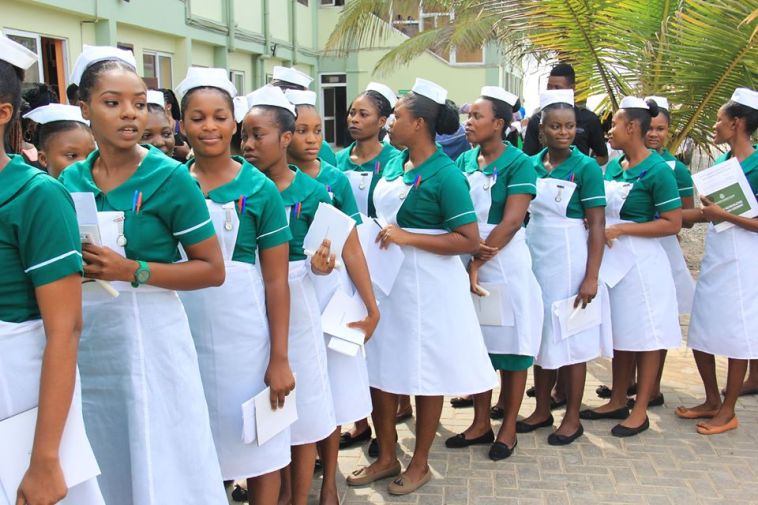 Members of the Ghana Registered Nurses and Midwives Association (GRNMA) and its allied bodies have resolved not to withdraw their services in the form of strike for at least two years.

They are expected to sign the collective bargaining agreement on Tuesday, November 3 having reached a consensus with the government and the Fair Wages and Salaries Commission (FWSC).

“Once that is done, it will be duly submitted to the [National Labour] Commission on Wednesday,” President of GRNMA Perpetual Ofori-Ampofo told TV3‘s Daniel Opoku after final negotiations last Wednesday.

The nurses embarked on strike in September after complaining of neglect of their working conditions by their employer.

They demanded better conditions of service including rent allowance.

They were, however, persuaded to call off their strike and return to the negotiation table.

Recommended: NANA ADDO HAS MADE LIVES OF TEACHERS BETTER

Ms Ofori-Ampofo admits that not all their demands were met but they will “hold on” to what they have and sign the bargaining agreement.

“So in all, we had about nine issues that we tabled here at the Commission and with our employers. We have been able to attain some but not all,” she admitted.

She added, however, that “what we have, for now, we will hold on to it and then indeed fight another day.”

She added, however, that “what we have, for now, we will hold on to it and then indeed fight another day.”

She disclosed that, at least, for the next two years her members will be at post at the various government hospitals.