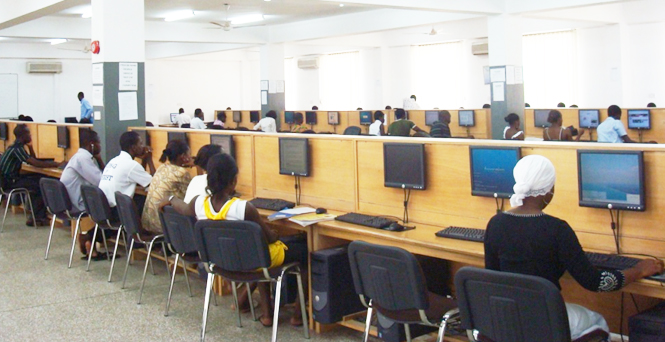 With growing concerns over the efficiency of the University of Ghana’s online teaching and learning platform, several students are decrying their inability to partake in a scheduled test.

Against earlier assurances of a secured and reliable platform, students are reporting that the Sakai Learning Management System (LMS) has been largely inaccessible, forcing them to forfeit some tests and this is due to the enormous number of students who log on to the Sakai LMS at a time.

The site, according to some students, was largely inaccessible for most of the hours that were scheduled for the online assessment.

In the early hours of Tuesday, April 14, when the online learning module was expected to be rolled put full scale, some students reported a myriad of challenges.

One student who spoke to Tertiary Ghana said, he was unable to login onto the platform to take the test.

“We were supposed to have a test via Sakai and there was a time frame on it but because we are many and are all supposed to access the site at that particular time we are not able to even access it but the time was up. If this is how Sakai is going to work then UG should rethink this decision” – the student said.

JUST IN: Interview date for nurses and midwives

This development comes in sharp contrast to earlier assurances from management of the University that the deployment of the distant online module will be flexible to students.

Against this directive, students have had to bear the brunt of dealing with lecturers that set timed tests without recourse to students.

One student who has been victim of the situation lamented over the nature and format the tests take and how the time allotted is insufficient.

“The format of the IA alone will make us fail because it is just for thirty minutes and there are ten questions but these questions are not objectives, they require much explanation” – she lamented.

Some students mentioned among others as well as lack of smartphones and laptops to be able to participate in such tests timely as expected of them in these trying periods of the pandemic in the country.

“In my area, my network is at Edge (E) most of the time and for me to do this IA in thirty minutes is going to stress me because I’m using my phone and I don’t have a laptop. Even people with 4G networks are also suffering” – another student said.

Speaking to Tertiary Ghana, a level 300 course representative for Development Administration implored management to consider rescinding on its decision to instruct the remaining semester through the E-learning system.

He explained that most of his colleagues were not able to access Sakai LMS even though they were scheduled to take an online Interim Assessment (IA) earlier that morning mainly because of poor network and with too many people accessing the site at a time, it got it jammed.

What are SPS Products and Services?