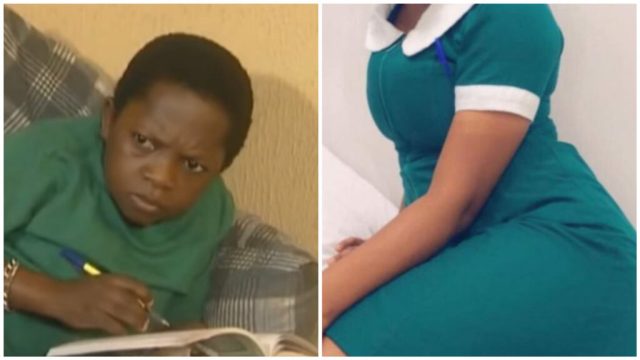 A nurse named Doreen Smith has reported an NHIA district manager, Mahama Sakara, for sexually assaulting her and she has a secret audio recording to back her claim.

According to Doreen who works at the at Soma CHPS Compound at the Sawla-Tuna-Kalba District, the National Health Insurance Authority manager in her district came to the CHPS compound about 9:00 am on July 8 under the guise of “monitoring” but turned around to seek sexual pleasure from her.

In the audio heard by celebritiesbuzz, a voice believed to be that of Mr Mahama could be heard saying “do me this singular favor and see what God will do for us. Even if I will not release, let me just enter you and I’ll be happy“.

Using health implication to convince Doreen, he said: “at least you are a nurse and you know the psychological implication of someone having that serious desire“.

Doreen persistently said NO adding that she has a husband and it will be a sin. Continuing his persuasion, he said “so I should suffer like this? You are happy I am suffering.”

In a report by 3news.com, Doreen said even though Mr Sankara did not succeed in having sexual intercourse with her, he fingered her in the process of struggling with him when the advances became intense.

She has since reported the incident to Ghana Police and the District Health Directorate. Hear the hot audio in the video below.