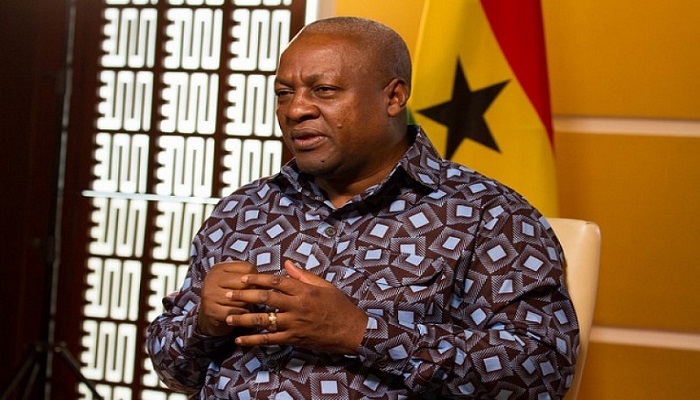 Former President John Dramani Mahama says his government will not discontinue the payment of allowances to trainee teachers and nurses should he win the 2020 presidential elections. The issue of allowances for trainees was a major campaign issue prior to the 2016 general elections.

The then NDC government in 2014 scrapped allowances of trainee teachers and nurses despite intense pressure on the government to rescind such decision.

Mahama at the time insisted that the decision allowed his government to expand various health and educational infrastructure in the country as well as remove the restrictions on admissions to the various training institutions.

The NPP government, however, restored the allowances after winning the 2016 polls.

Speaking during one of his interactive digital conversations dubbed ‘Let’s talk with JM’, Mahama said his government won’t cancel the allowances should he be elected as President in the upcoming elections.

“You know that it was a very critical issue in the run-up to the 2016 elections. What I had said was we were going to migrate the health trainees and educational trainees to the student loan scheme. Now what I have said going up to the 2020 elections is that, we are going to let the status quo remain. It means that we are going to continue paying trainee allowances, but we will improve the student loan and adapt it so that it serves the same purpose as the allowances.”

The scrapping of the allowances by the then Mahama government was met with stiff opposition from trainees and a section of the Ghanaian public.

The New Patriotic Party (NPP) at the time promised to restore the allowances should it win the 2016 general elections.

John Mahama at the time strongly defended the move and even said it would be “better to lose on principle than win using falsehood. We’ll not reverse the decision.”